IS the tooth fairy really a vampire who's secretly defanging other vampires. I've heard that that's why she waits until everyone's asleep to take their teeth. 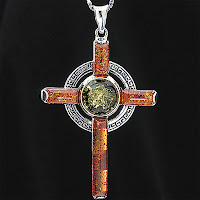 
I want you to ponder the question that you asked me. Do you seriously believe in the tooth fairy? For now I will not tell you whether this being exist or not. There are more things in Heaven and Hell that man and woman has never dreamt of.

Now for the bigger issue: If there were one strong enough to defang vampires whom do you think it would be? If that being were a woman it could be none other than Eve for she has a modicum of my strength and she has my blood. But Eve remains too civilized to do such a thing. And I have no use to gather the fangs of vampires. I would yank them out because they piss me off or because I was bored and had nothing better to do. But here me and here me well I would never do the deed while a vamp slept. What would be the fun in that?

So back to my original question to you. Do you believe in faeries?

Vampire
Posted by Adam Omega Vampire at 10:04 AM